Main outputs of the IN4BTE project

The collected know-how will be made available in easy-to-access documentation and video,
also transferred through transnational workshops and dissemination activities

A printed and electronic final report.
The report will be including information on the EU, information, consultation and participation rights of employees on European and national level, best practices on successful business transfers, the transferability of these practices and tools and policy recommendations on European level.

Other stakeholders at national and European level

Information, consultation and participation rights as a factor of success for the business transfer to employees in SMES

Asociación Empresarial (ASLE) is the Basque Country’s Labour Companies’ and Employee Owned Companies Association in the Social Economy field. Its mission is to defend, consolidate, promote and help worker-owned companies.

The Italian Confederation of Workers’ Unions is the second largest representative trade union confederation in Italy (with 4.5 million of members). CISL has 19 national federations, which represent workers of public and private sectors.

The Confederation of Independent Trade Unions of Bulgaria (KNSB/CITUB) is the biggest representative trade union confederation in Bulgaria.

Public – Association for Research, Communications and Development is an independent, policy oriented – research and advocacy organisation. Public is closely monitoring the developments in the field of social inclusion, social entrepreneurship, social innovation and social impact with special emphasis on sociological phenomena that contribute to the democratisation processes in the society.

Innova eG is a German cooperative whose mission is to deliver training and advice for new co-operatives. Innova’s main activities are the organisation of training courses for co-operative development workers, research and promotion work on co-operative issues and transnational work in the field of Social Economy. 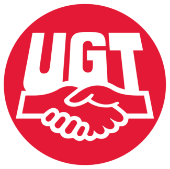 The Unión General de Trabajadores (UGT) is a trade union confederation established in 1888 in Spain. UGT is one of the two major unions, representative therefore a recognized social partner. The General Workers Union is a progressive, committed, vindictive, democratic and independent organization with a presence in all sectors of activity throughout Spain. UGT has 931,558 affiliates. 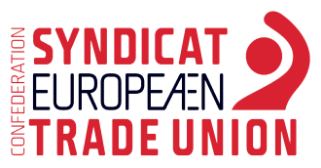 The European Trade Union Confederation (ETUC) comprises 90 national trade union confederations in 38 countries, plus 10 European trade union federations. It aims to ensure that the EU is not just a single market for goods and services, but is also a Social Europe, where improving the wellbeing of workers and their families is an equally important priority.

CECOP is the European confederation of industrial and service cooperatives. Their members are national federations of cooperatives, and organisations that promote cooperatives. These members represent 25 members in 15 European countries. CECOP works to create a supportive environment for cooperatives, so that they can operate to their full strength and fulfil their mission of providing sustainable jobs and high quality services to communities.

The Workers’ Commissions (Confederacion Sindical de Comisiones Obreras) since the 1970s has become the largest trade union in Spain. It has more than one million members.

The Italian Association of Production and Services Cooperatives (Legacoop Produzione e Servizi) is made up of 2,500 cooperatives and consortia with over 150,000 members and employees, with a total turnover of more than EUR 16.5 Billion in various fields: construction, transports and logistic, cleaning and facility management, manufacturing, catering, engineering, consulting. It is a non-profit association, which helps its members to face the challenges posed by the modernization of markets, internationalization and technological innovation. Represents and supports the associated cooperatives in order to promote their development as modern and efficient companies.

Gipuzkoa is a province of Spain and one of the three historical territories of the autonomous community of the Basque Country. The Provincial Council of Gipuzkoa is responsible for governing and administering the province of Gipuzkoa in Spain and it has tax competences. It is well-known for its policy in favour of employee participation in a company.